The PRICE is Right: The Impact of the Pediatric Residents Improving Cost-Effectiveness (PRICE) Workshop

Healthcare spending in the United States is increasing. Education in high-value care (HVC) for resident physicians is essential to combat this trend.

The objectives of our educational intervention were to examine resident baseline knowledge and attitudes about practicing HVC and to determine the impact of a single workshop on HVC knowledge and clinical decision making. Our target audience was pediatric residents.

This was a single arm pre-post study with a HVC workshop as the intervention. Study population was 73 pediatric residents who attended one of three identical workshops. A 28-question pre-survey, modeled after the survey by Rock et al, assessed prior HVC education, baseline knowledge, attitudes about practicing HVC, and ability to estimate medical costs. Three hypothetical clinical scenarios were given to test HVC decision making. The PRICE workshop adapted Woods et al’s 7 module longitudinal curriculum available on the MedEd portal into a 2.5-hour workshop consisting of a 2-hour interactive didactic session followed by a 30-minute clinical case exercise. The problem of healthcare spending was reviewed and a five-step model for practicing HVC was introduced. Residents then completed a 23-question post-survey. T-tests and chi-square tests compared pre- and post-survey responses. Qualitative data were collected on self-reported intentions to change practice.

After a 2.5-hour workshop, residents were better able to estimate costs, apply HVC concepts to hypothetical clinical cases, and planned to factor HVC into clinical practice.

Residents self-reported their intentions to practice HVC in the future. Next steps include examining the impact of our HVC workshop on actual ordering practices. 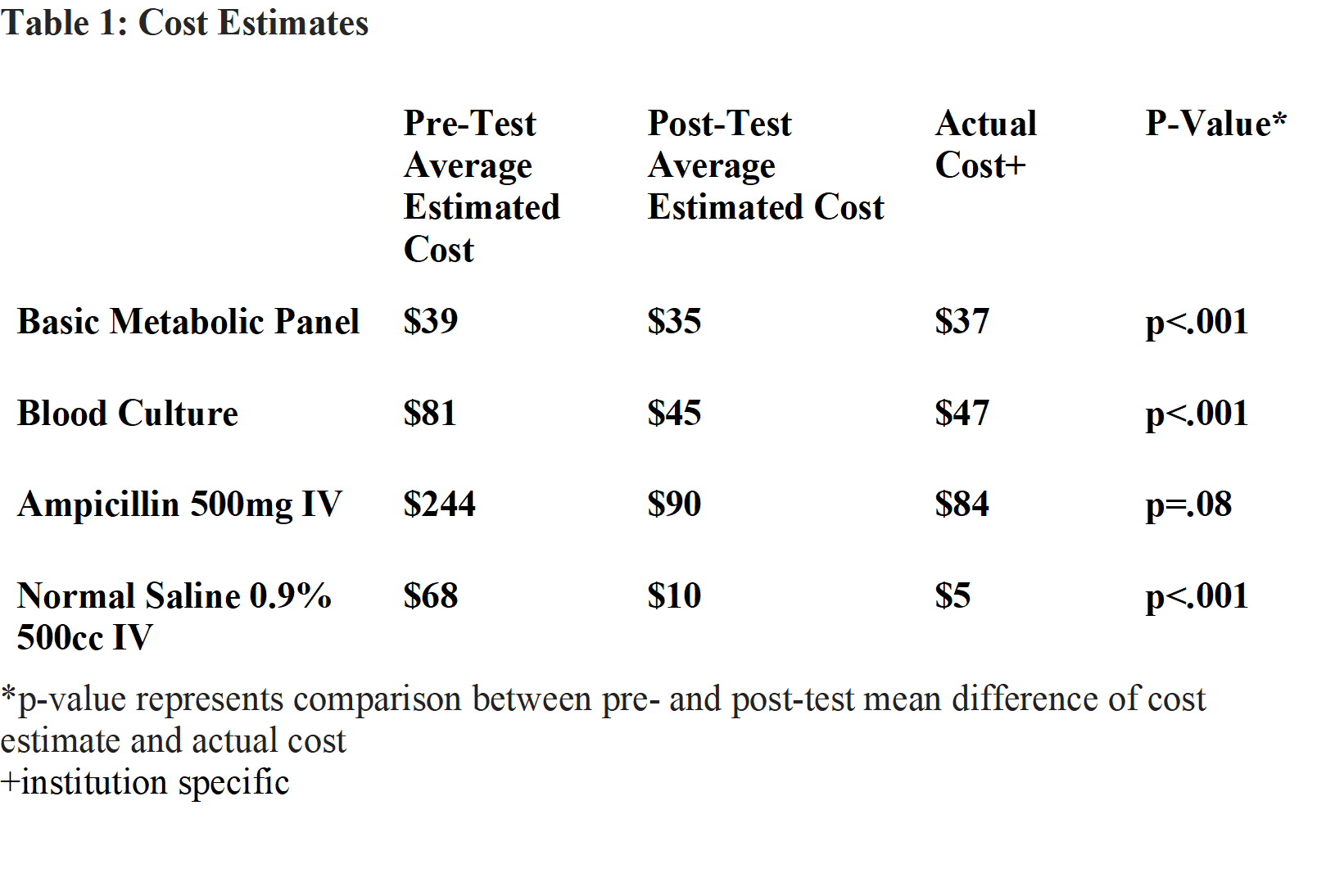 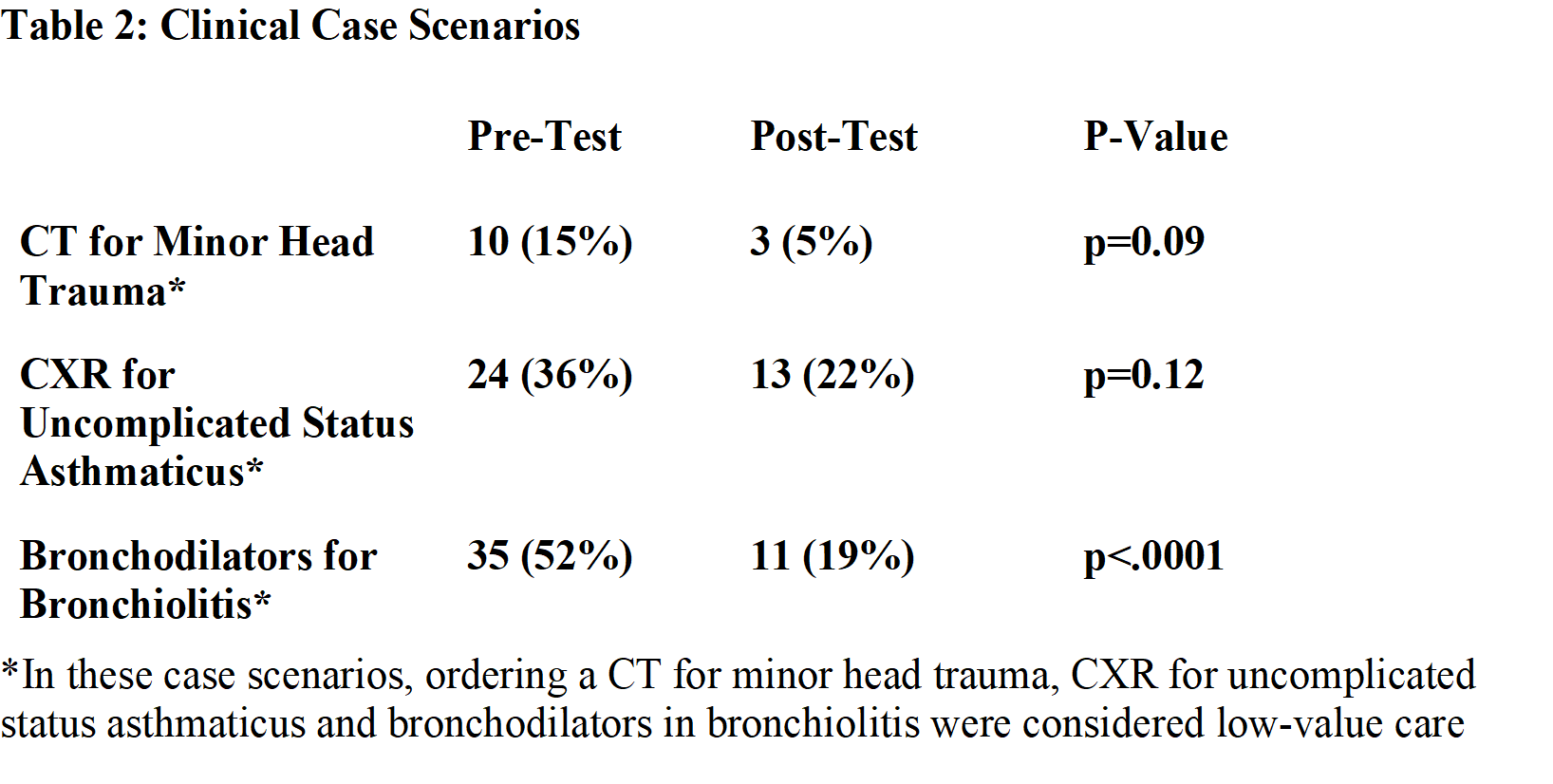