Opioid-induced constipation (OIC) is the most common side effect in patients prescribed opioids for cancer pain treatment. Oncology and gastrointestinal guidelines recommend routine prescription of a laxative agent for preventing OIC in all patients prescribed an opioid unless a contraindication (such as pre-existing diarrhea) exists. One of the commonly prescribed laxatives is docusate, although studies have demonstrated its inefficacy. We explored patterns of prescription of laxative agents in patients with lung cancer initiating opioids.

This is a retrospective, observational study evaluating the prescription of laxatives for OIC to adult patients with incident lung cancer (ICD-9 codes 162.0-162.9 and ICD-10 code C34.00-34.90) in the Veteran’s Affairs (VA) Corporate Data Warehouse (CDW), with first opioid prescription between January 1, 2003, and December 31, 2016. The CDW includes inpatient and outpatient diagnosis codes and pharmacy data. Data were analyzed using the VA Informatics and Computing Infrastructure (VINCI). Exposure to laxative agents was categorized as: none provided, docusate alone, docusate + another laxative, and other laxatives only. Prescriptions for laxatives within 1 week of the opioid prescription were considered as prophylaxis.

In this large retrospective study of veterans with lung cancer, 75% of the patients receiving opioids, contrary to guidelines, were not prescribed any laxatives. Even when laxative prophylaxis was prescribed, it was inappropriate (only docusate, or docusate + another laxative in two-thirds of patients. Further investigation into reasons for inappropriate OIC prophylaxis practice patterns is warranted. 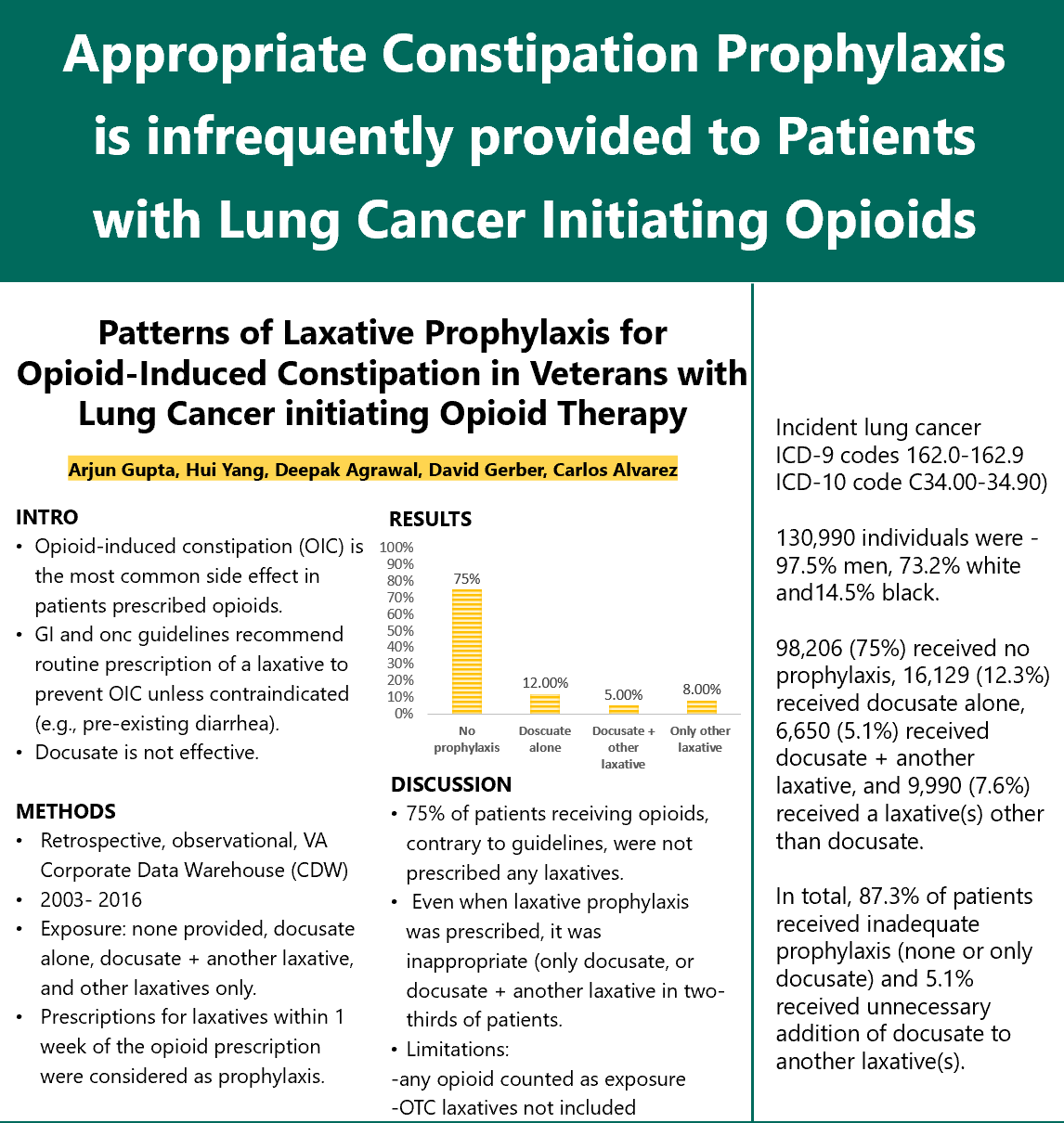